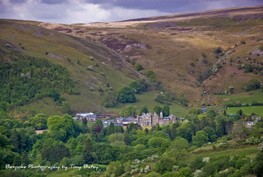 into a Victorian Horror House

and back again, in just 4 days

The week before filming, all the windows facing the courtyard from the en-suite rooms had to be painted black. After filming, the black paint (emulsion was used for ease of removal) was washed off and the windows repainted white. The place actually looked rather interesting with black windows.

A modern tarmaced courtyard would never have existed in Queen Victoria's day - at least, not in the remote moors location where Torchwood House was supposedly located. The BBC required 'moondust' and so a day before filming a huge tipper truck arrived and upended an entire load - many tons - of brown sandy earth. This was liberally spread all over the front courtyard by a small army with rakes and shovels. Straw and hay bales were added, a few horses and a couple of carts, and the scene - for the exterior shots of Torchwoood House - was set.

Craig y Nos Castle was not used for the internal film sequences, as we had only recently painted our cellars white. They and the castle's function rooms were not 'old' enough for the BBC's requirements. So the castle was used for the exterior shots only.

On the day of filming, any hopes I had for some food and bar sales from the 30 or so actors and extras and the 50 or so camera crew and assistants were dashed when not one but two whopping great canteens rolled into our rear car park, quickly followed by ranks of huge articulated caravan/lorries. Once parked, the sides of these lorry/ caravans expanded outwards on a sliding arrangement, creating a series of rather large individual 'rest rooms' - one for each actor, and each one self contained with its own entrance door, bathroom, tea and coffee facilities, lounge seats, and mirrored wall lit dressing table etc. I got the impression these units were speccifically designed so actors who did not get along with each other could be safely separated and isolated from each other.

I was most impressed; the BBC were entirely self-sufficient, even having their own generators. It was like a mini-city, fully functioning and with all its services and infrastructure had descended upon the castle.

Unfortunately for all concerned it turned out to be a particularly wet day. Vertical rain bucketed down. It was like an African monsoon, reminding me of my time in Nigeria in the wet season, continuous drenching and very heavy rain.

As the daylight faded and several hours of filming remained to be done, I asked how were they going to continue after dark. "You ain't seen our sun, mate" responded one of the crew.

Sure enough, a crane duly rolls up and parks up on the layby outside the castle walls. A generator lorry parks behind, and suddenly the afternoon dusk turned to floodlit 'daylight' as this huge spotlight beamed down from the top of the crane, some four or five storeys up (probably twice the hieght of the castle). And so 'the sun' continued shining till gone 01.00 hrs, when filming finally finsihed. As far as the viewer was concerned, the 'daylight' scenes at least, were all filmed in daylight.

The BBC were not so efficient when it came to the clean-up. Instead of an army of sweepers and shovellers, the clean-up operation (several tons of by now very sodden 'moondust') was left to one man with a wheelbarrow to clear up. As it had rained so heavily during filming and after, the 'moondust' had by now turned into a brown slurry, staining all the black tarmac a pooey brown. The BBC had put the sandy soil down and spread it in an afternoon. Three days later, the lone man wiith his barrow and shovel and a brush, was resolutely working away, in the most appalling conditions, as the continuous rainfall washed rivers of brown slurry over areas he had just cleaned. A pressure hose was brought in to try and swill the brown stain down the drains.

Saturday's Bride arrived on the Friday and was horrified at the sea of mud all over the place. Urgent phone calls of complaint were made to the BBC - who were now long gone - and at the last minute, some extra manpower came along from whoever the BBC had sub-contracted the clean-up operation to, to clean up our courtyard for the wedding on the Saturday morning, with barely an hour to spare before the wedding guests arrived. A lorry of sludge exited the front gate a few minutes before the Bride's Wedding Cars rolled grandly into the courtyard.

The Castle has featured on a few TV programmes before and since - notably 'Most Haunted' in 2004 (shows castle ten years ago before restoration) several History programmes (search 'Craig y Nos' on You Tube for some recordings), the Whites comedy series which sadly lasted only one season, a few S4C programmes inclluding some featuring the castle's history as a TB Hospital (1920-1960), some music videos created in the theatre (for a good one, check You Tube - The Storys and also here) and most recently, on Celebrity Wedding Plannner 2013 broadcast between Big Brother and the Big Brother Eviction.

For more on the History of Torchwood see the Dr Who Torchwood page and see also the offficial Torchwood House website (a curious spoof site). 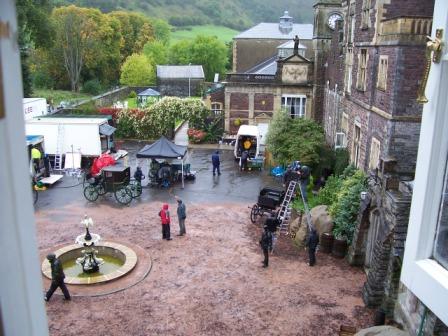 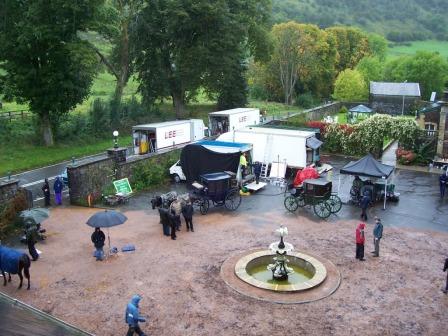 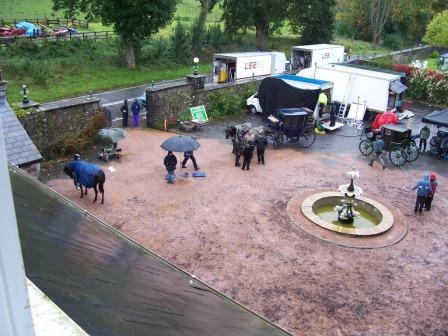 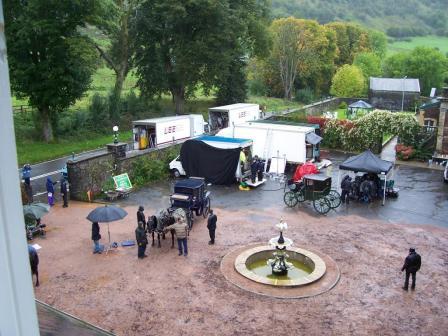 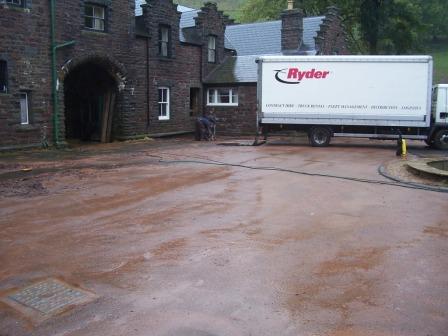 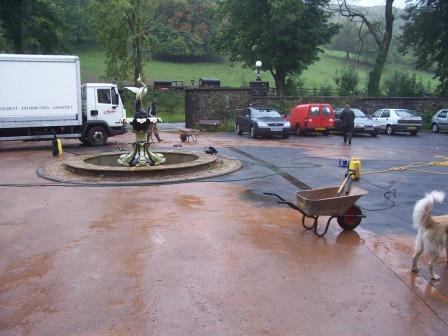 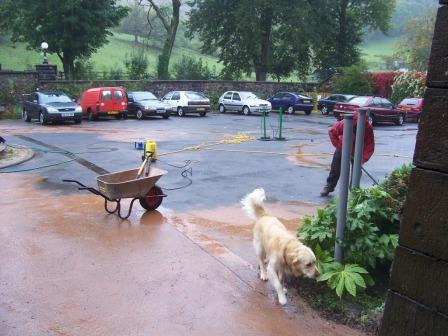 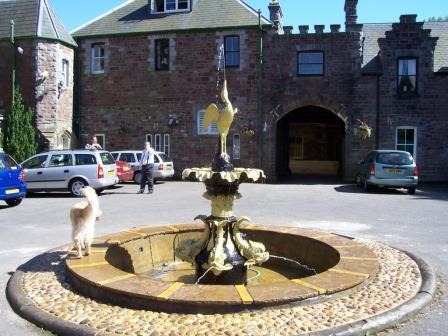 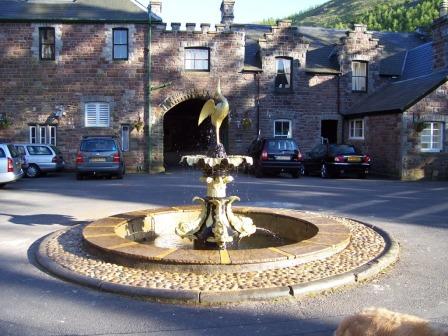 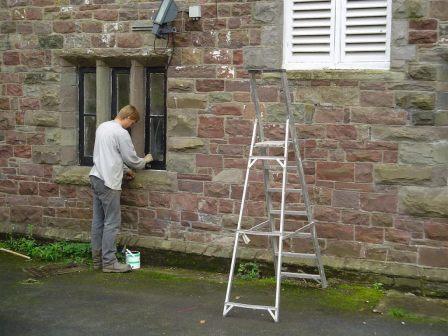 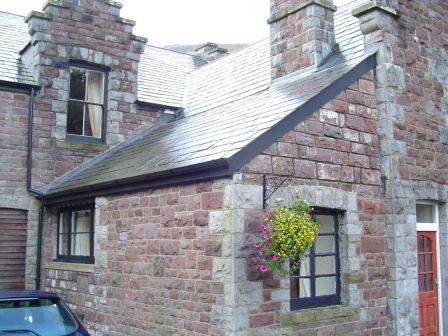 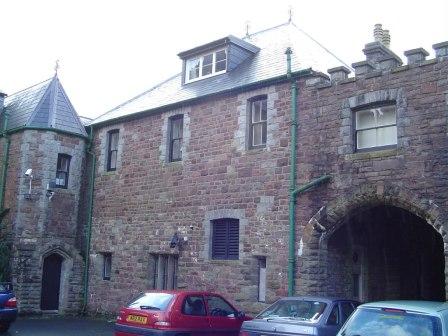 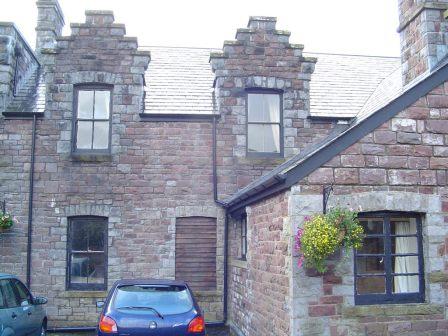 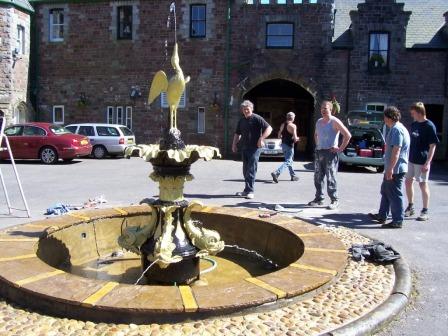 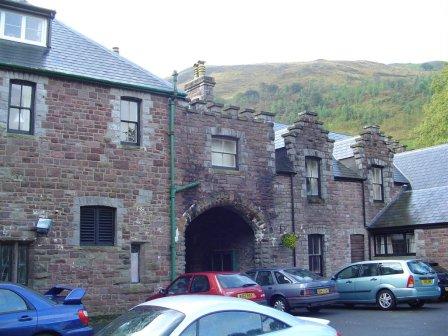 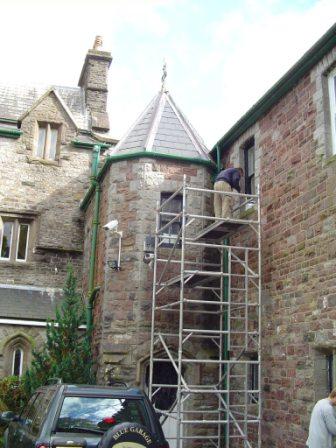 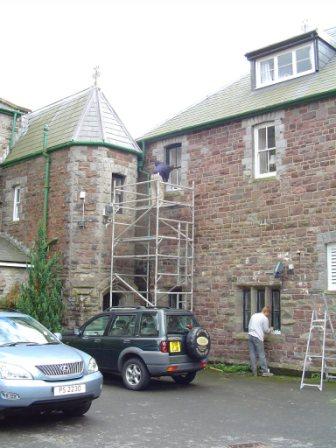